The new king in town 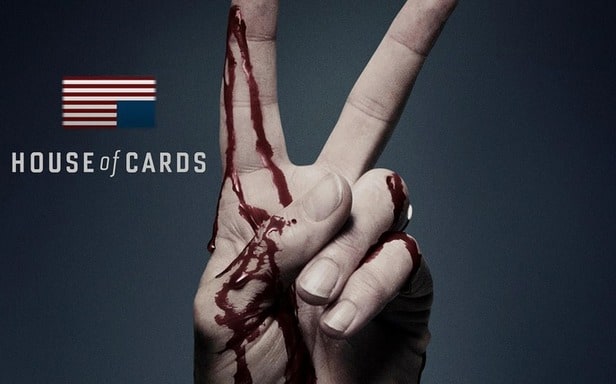 Netflix has been a great success here at the mansion. Family members from the age of 3 seem to love the concept on all devices available. Even though the movies in the Swedish version are quite lame, there are quite a few TV series that are quite great. One of them is House of Cards.
The second season was just released and Frank Underwood is just an amazing character. The show is somehow so realistic that you don’t want to believe that this is close to the real world. Probably it is though. You watch every episode waiting for him to do something bigger, filthier or more outrageous. And you usually get what you are waiting for.

Kevin Spacey is fantastic in the role as Frank. After a fading few years on the big screen he has rebounded powerfully on the (super) small screen.

I’m now in episode 5 of the second series, thanks to a nice sportlov weekend, and get my self caught in trying to steal 10 minutes here and there… I need my fix, you know!

I really recommend you get to know Frank Underwood. Afterwards, you understand Homo sapiens better.

about
mail the king
Visit my Queen

The all electric @porsche #Taycan was a sheer joy